If you’re interested in joining ad network Mondiad, or if you’ve just signed up, this article is exactly what you need. Read below about the most common terminology in digital advertising and all the technical terms you need to know, to jumpstart your experience at Mondiad, whether you are an advertiser or a publisher. 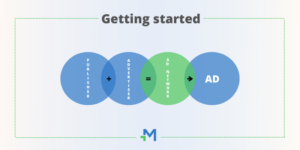 Ad = an advertising piece of content that is provided by an Advertiser and shown to a user browsing a Publisher’s page. Typically, it consists of a title, an icon, and an image.

Advertiser = a company or an individual that provides Ads to promote their product(s)/service(s), through suitable ad inventory from Publishers.

Publisher = a company or an individual that provides Advertisers with monetised ad space hosted on their website(s) or apps supporting Ads display.

Ad network = a platform that connects Advertisers who deliver ads to Publishers that drive visitors to them.

Viewer = a person visiting a Publisher’s page and seeing an Ad displayed there. 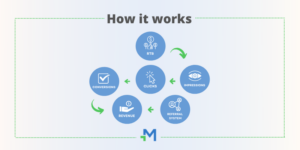 RTB (Real-time bidding) = a system employed by Ad exchange platforms to facilitate the delivery of ads to end-users, through an instant auction.

Impressions = the number of times an ad is displayed on a space hosted by a Publisher, no matter if it was clicked or not.

Clicks = the number of times viewers clicked or tapped on an ad, following the link. This interaction informs the campaign manager about successful impressions.

Conversions = the number of times clicks become conversions. A conversion means that a viewer has reached the end of the intended user’s path on the landing site / performed the intended action desired by the Advertiser. (purchased an item, installed an application, called the company’s phone, etc.)

Referral System = a program where a user can invite other users to join Mondiad and receive cash bonuses for referring new members. Mondiad gives you 5% up to 1000 dollars revshare from your referred member’s spent or earnings! 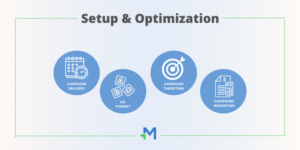 Ad Campaign = a series of ads delivered by an Advertiser to a Publisher`s website, according to specific targeting.

Campaign Targeting = the process an Advertiser goes through, to tailor their Campaigns to specific audiences. Each Campaign has a set Bid amount and may have automatic optimization rules that would limit the Campaign from spending too much money without showing desired performance.

Creative = an ad element served to a viewer on the digital web in different formats.
Mondiad defines a creative as an image with an associated title, description and icon.

Campaign Delivery = the process of serving ads to viewers according to a certain schedule. Mondiad lets you choose the day of the week, the time range and the frequency of serving one Campaign to the same users.

Ad Zone = a specific part of a Publisher’s website set aside for ads.

Conversion Tracking = tracking tools and services that help you gather statistics and optimise your Campaign. Mondiad allows you to track and analyse data like conversions, transaction time, or payout amount among others 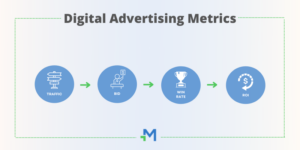 CTR (Click-Through Rate) = the number of Impressions that get converted into Clicks. CTR = Clicks / Impressions.

CPM (Cost Per Mile) = a measure of efficiency for Advertisers. CPM = Spent / Impressions * 1000

Bid = the maximum amount of money an Advertiser is willing to pay for each Impression of their Ad. Mondiad can recommend bid amounts according to the Campaign’s Targeting settings.

Traffic = the total amount of Bid requests that the Campaign received. Part of the Traffic becomes Impressions  (when the Campaign submits a winning Bid).

Spent = the amount of money spent by an Advertiser on Impressions of their ad. Mondiad lets you break it down by Zone Id, Sub Id and other elements within a Campaign.

Win Rate = the success rate of the bid set for the Campaign against competing bids. Win rate = Impressions / Traffic

There you have it!

You`ve been now initiated in the realm of digital advertising and you`re all set up to jumpstart your experience at Mondiad as a publisher or advertiser, (if you haven`t already.) Welcome!

P.S. If you get to the next level by signing up on Mondiad, make sure you check out our Help Center. 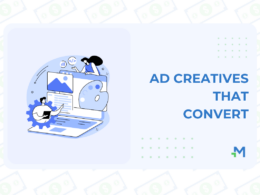 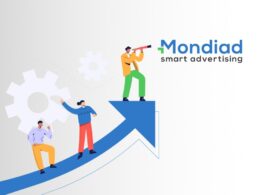 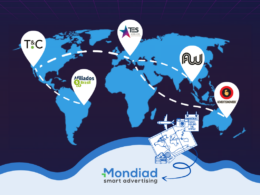 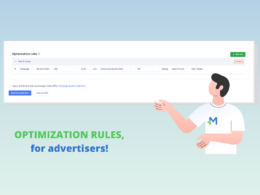 byadmin
No comments
3 minute read
We use cookies on our website to give you the most relevant experience by remembering your preferences and repeat visits. By clicking “Accept All”, you consent to the use of ALL the cookies.
Cookie SettingsAccept All
Manage consent

This website uses cookies to improve your experience while you navigate through the website. Out of these, the cookies that are categorized as necessary are stored on your browser as they are essential for the working of basic functionalities of the website. We also use third-party cookies that help us analyze and understand how you use this website. These cookies will be stored in your browser only with your consent. You also have the option to opt-out of these cookies. But opting out of some of these cookies may affect your browsing experience.
Necessary Always Enabled
Necessary cookies are absolutely essential for the website to function properly. These cookies ensure basic functionalities and security features of the website, anonymously.
Functional
Functional cookies help to perform certain functionalities like sharing the content of the website on social media platforms, collect feedbacks, and other third-party features.
Performance
Performance cookies are used to understand and analyze the key performance indexes of the website which helps in delivering a better user experience for the visitors.
Analytics
Analytical cookies are used to understand how visitors interact with the website. These cookies help provide information on metrics the number of visitors, bounce rate, traffic source, etc.
Advertisement
Advertisement cookies are used to provide visitors with relevant ads and marketing campaigns. These cookies track visitors across websites and collect information to provide customized ads.
Others
Other uncategorized cookies are those that are being analyzed and have not been classified into a category as yet.
SAVE & ACCEPT